Women’s World Car of the Year

The supreme winner of the Women’s World Car of the Year 2014 has been announced and call me sexist, but the result isn’t exactly what I expected. When I think about what I would consider to be your archetypal woman car I would start thinking about cars such as the Nissan Micra, the Ford KA or the Nissan Figaro. But none of these cars won the title. 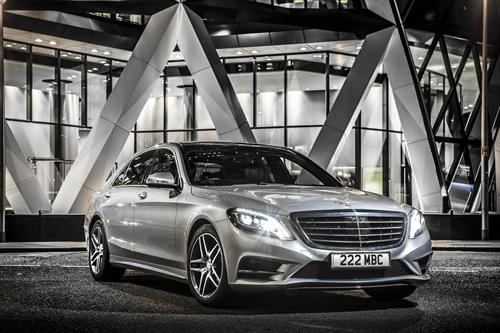 The car that came up trumps was the Mercedes S Class which has also won the award for Luxury Car of the Year for 2014 and is actually a really nice car to look at, especially when compared to the cars I mentioned earlier that I associate to women. The award is determined by 21 judges from around the world and they vote on 10 different criteria which they deem to be important to the female market, this criteria consists of  10 different categories including; style and appeal, comfort, drive quality and the wow factor… Seems legit but it’s a pretty neutral criteria in terms of gender. We were expecting a criteria that consists of; does it go well with this seasons range of channel handbags, can you drive it in heals, are there plenty of mirrors for you to apply make up, all the things we chauvinistically expect women to consider when they are picking a car.

Sue Baker, Chairman of the Southern Group of Motoring Writers and one of the judges said:

This is an outstanding accolade for a car which encompasses everything women want in a vehicle, namely a high calibre driving experience, impeccable safety credentials, top-notch comfort and high build quality, all at a justifiable price.

We now understand then, that apparently, what women really want when buying a car… Is a good one. Shock. Bad news for men everywhere as now any car that offers a high callibre driving experience and an impeccable safety record, is girly. You want a mans car? Well get yourself a second hand Hyundai Atoz and you will impress all the blokes down the pub.

Meanwhile look into getting your wife a second hand Mercedes Benz S-Class, because why the hell would you want to drive a girly car.